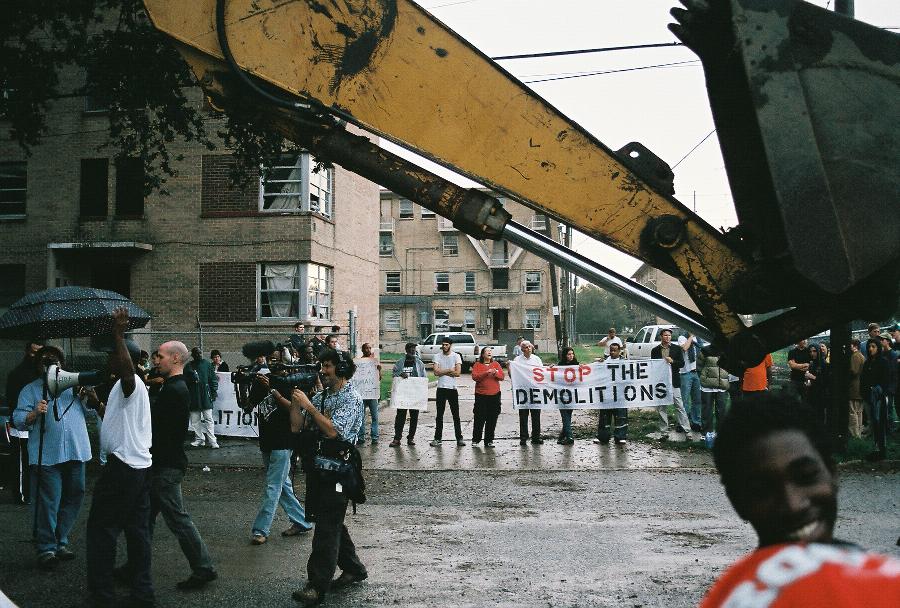 Members of the Stop the Demolition Coalition rally outside of the B.W. Cooper public housing development in 2007.

A curious article appeared in the sports section of The New York Times last weekend. Headlined “How a Golf Course is Reshaping a New Orleans Neighborhood,” the piece led with a photo of a black woman and her 9-year-old son, smiling with golf clubs in front of a row of neat brick townhouses.

The story went like this: After Hurricane Katrina devastated New Orleans in 2005, a local real estate developer toured a golf club in Atlanta. We learn that Atlanta’s East Lake Golf Club, much like the flooded City Park golf course in New Orleans, was once located near a crime-ridden public housing development. The tour gave the developer an idea. After overcoming the objections of sentimental protesters, the developer and his friends successfully restored the City Park course and replaced the St. Bernard public housing development with a mixed-income complex. In this urban real-estate success story, proceeds from the golf course go towards community programs, including teaching golf to young black boys who might otherwise find themselves up to no good.

There are some significant problems with the Times narrative. Mainly: It is the exact sales pitch used for the last decade by New Orleans’ business elite and outside Republicans to sell a massive transformation effort that, in the wake of Katrina, barred the city’s poorest black residents from returning to their homes.