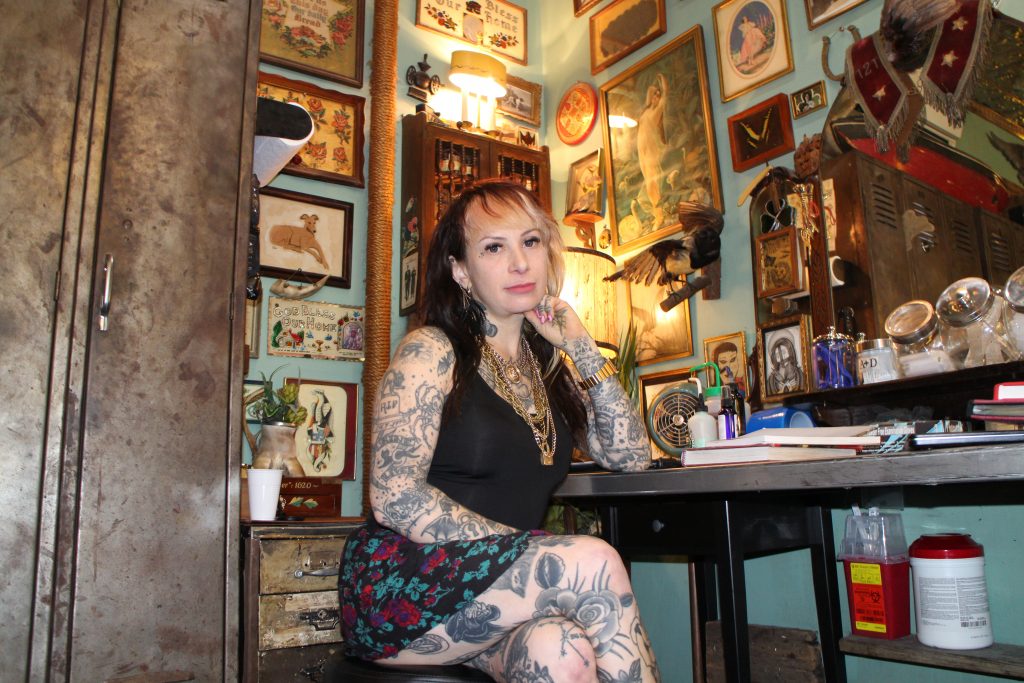 How Your Art Changes When You’re Told You’re Dying

Sue Jeiven only has one item on her bucket list: Tattoo as much as possible, as well as possible. This isn’t an abstract thought exercise. Jeiven works as a tattoo artist and was diagnosed with Stage IV breast cancer in 2010.

Her doctors told her that she needed a hysterectomy and double mastectomy. She went under the knife the following summer. As soon as she was strong enough to sit in a chair and hold a pen again, she drew feverishly, filling dozens of pages with flash, the sheets of designs that line the walls of tattoo studios. Her black-ink drawings did without the pop of color characteristic to traditional American tattooing, and she embedded familiar tattoo motifs with her pain and grief. There were anchors and ships and women whose outlines resembled traditional pinup designs. But one woman was drowning. Another was naked with a skull between her legs. There were sad women, strong women, a woman’s head inside an hourglass below the words “NO TIME LEFT.”

“The flash was a way of saying things that would otherwise freak people out,” Jeiven tells me.