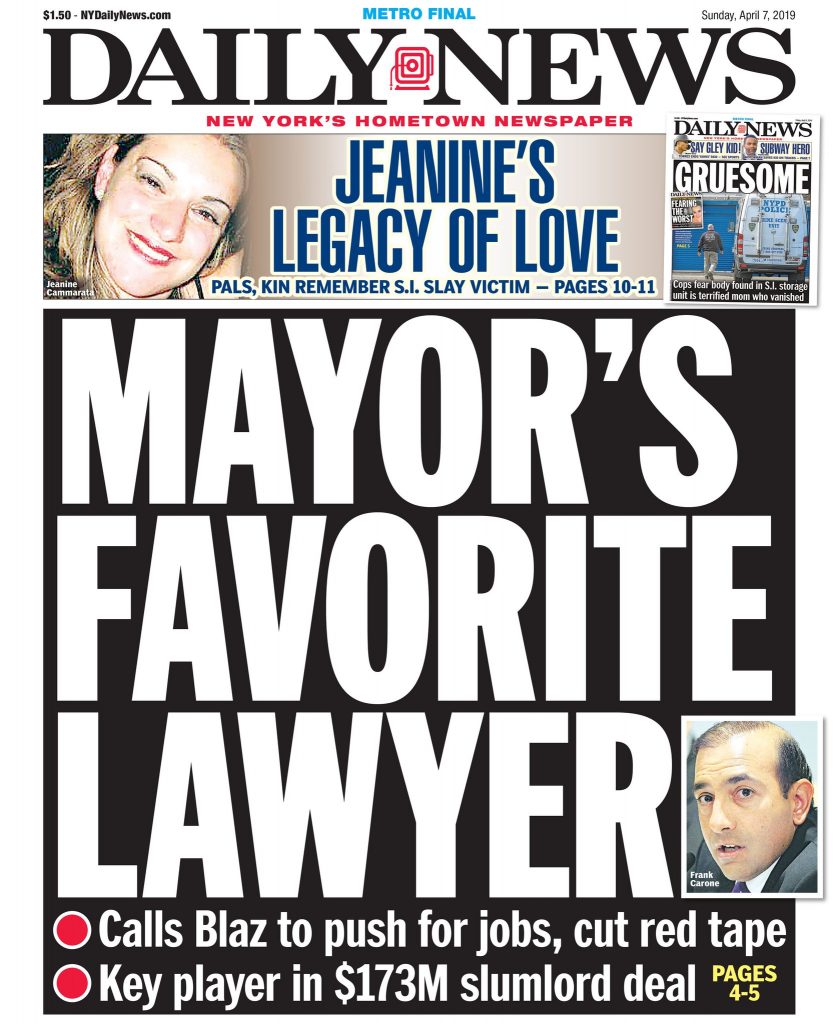 The politically connected lawyer, who emerged this week as a central architect behind the city’s $173 million real estate deal with the notorious Podolsky brothers, has enjoyed unfettered access to City Hall since Mayor de Blasio took office in 2014, the Daily News has learned.

De Blasio was mayor for less than two months when his top aide, Emma Wolfe, got an email from the Brooklyn attorney with the subject line “Jobs in the New Administration.”

In it, Carone, who has served as counsel to the Brooklyn Democratic Party for nearly 10 years, forwarded a list of names and a message from Brooklyn Democratic Party Leader Frank Seddio seeking to secure jobs for LGBTQ people in the new administration. The note was originally from Matthew McMorrow, the former president of Brooklyn’s Lambda Independent Democrats political club.

“If there is a need or interest please let me know,” Carone wrote Wolfe.