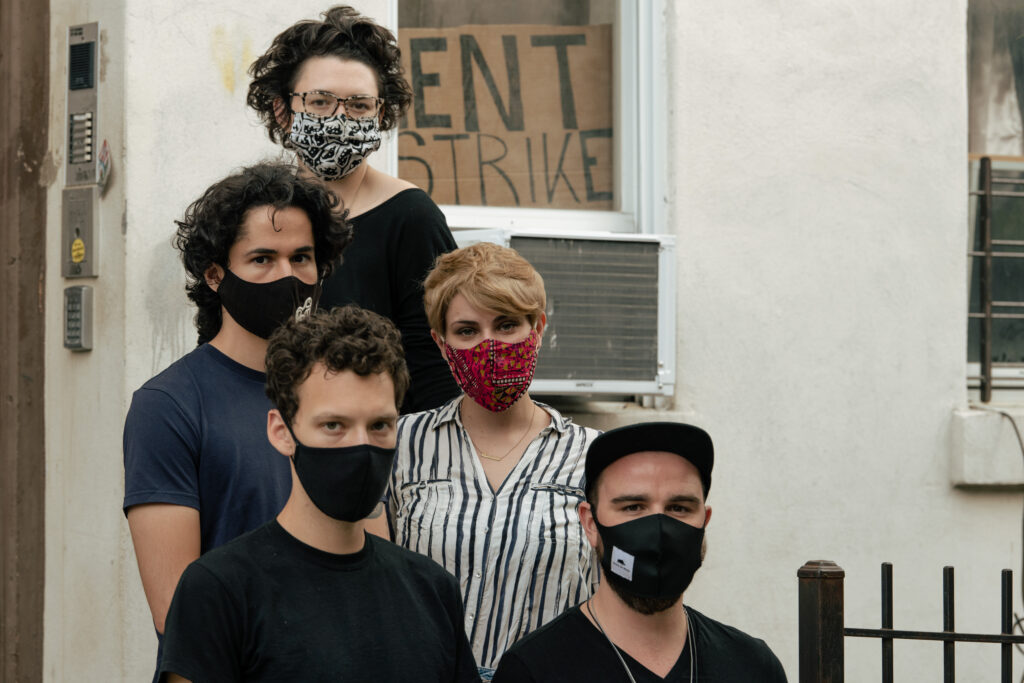 Rent-striking tenants outside their Greene Avenue building in Bushwick, where they say collapsing windows and filthy hallways are just the beginning of their problems. Photo by Scott Heins

Their Landlord Is In Prison For Fraud. He Still Wants The Rent

It was early evening, late July. Sean Thielen-Esparza, a project manager for a tech company, was on a work call in the bedroom of his Bushwick apartment when he heard someone banging on the door. The apartment is railroad style, and his room has its own entrance into the hall.

“No one knocks on that door, so I knew something was up immediately,” Thielen-Esparza recalled. “I had to tell the person on that call, ‘There’s something up and I need to go.’”

The rent was due, and all but one of the apartments in the building had stopped paying that month. The banging continued.

Men’s voices came through the door. Thielen-Esparza: “The words they used are, ‘We need to discuss the rent payment.’”

Through the peephole, Thielen-Esparza saw two guys in T-shirts, strangers.

“I remember they were tall enough,” he said, ”where I was aware of the fact that if anything were to happen like a physical confrontation, I would not be able to defend myself against both of them.”