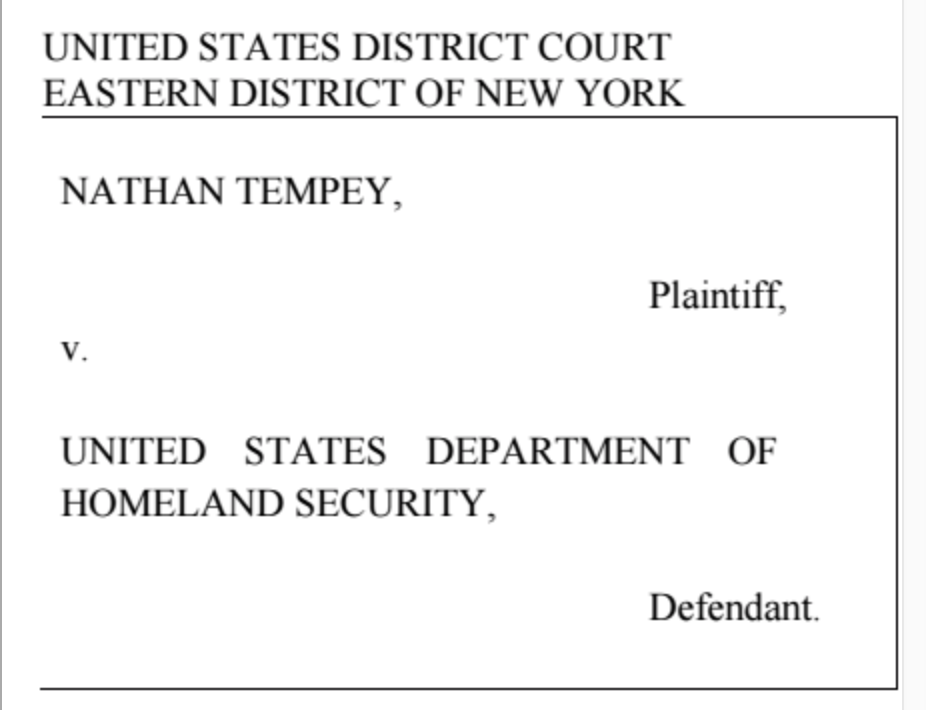 In 2018, the Trump administration dismissed complaints that a press release issued by the Department of Homeland security was a reference to a notorious white supremacist slogan, calling it a “Twitter troll conspiracy theory.” But the administration is fighting hard to prevent the disclosure of materials that shed more light on the press release.

The Department of Homeland Security press release, titled “We Must Secure The Border And Build The Wall To Make America Safe Again,” went viral back in the summer of 2018, several months after its publication, as social media users pointed out that its phrasing echoed the so-called 14 Words, a white-supremacist slogan that reads, “We must secure the existence of our people and a future for white children.”

Shortly after the press release sparked outcry, I filed a public records request seeking the correspondence that went into drafting and disseminating it. Homeland Security and the White House stalled, waiting a year and a half before turning over 24 pages of emails so heavily redacted that fewer than one line of the bodies of the emails is legible per page.